Whether it is Columbus or President’s day, it is a day off! Who would not want a day off to catch up with friends and do the things that needed to be done. It is not a day off for everyone, I am working and most people are working as well.

How many really take the time or care to know about the holiday?  The Native Americans may see Columbus as a damned invader who may not have directly caused the subsequent annihilation of Native cultures, but was the seed for it.

We the people, collectively, whether related with colonialists or not, owe an apology to the Native Americans. It can be a simple reflection on how humanity has moved from Barbarianism to civility and still has ways to go. There are many contracts with the Native Americans that have not been kept up, it is time we seriously consider being on par with every American. No American should be left out of the American space. We need to get to a point where the law applies to all equitably.

Nations become great when they shelve arrogance and reflect on the past, sometimes not so great a past, but we need a wash, and need to make a personal commitment to ensure all humans are valued and their space and values are respected. It begins with you and I and translates into who we elect to govern.

Come to think of it, Columbus was an undocumented alien; he did not have the authorization or papers to land. The Natives welcomed some of them and fed them when they were hungry.. We may want to incorporate those thoughts in the pending immigration reform. Can we kick every one out related to Columbus, because they did not have documents? Why should each one be responsible for something we had nothing to do? Should we declare amnesty to those who are here now with roots in families and society? How are the children of undocumented aliens different than the men and women and their progeny who landed in America without papers? They were all seeking to improve their lives.

We have to respect every one's opinion and figure out what is good for America in the long haul and we can do it.

I am proud of America, there is no nation like this, we have come to accept people who believe in one, none or many God representations, we have the space and microphone for the right, left, and the centrists. We have come to accept different races and ethnicities and we need to continue to work to realize and facilitate the pursuit of happiness for every American with no exception. We have ways to go, and we will. It is our collective spirit that I admire.

Let’s reflect on it and I am pleased to invite you to watch this ten minutes trailer of the film, Americans Together.  http://www.youtube.com/watch?v=YMXsTo4VYh8 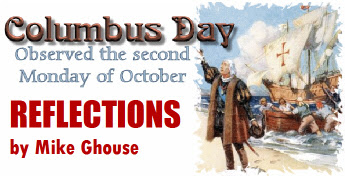 Mike Ghouse is committed to building a Cohesive America and offers pluralistic solutions on issues of the day. He is a professional speaker, thinker and a writer on pluralism, politics, civic affairs, Islam, India, Israel, peace and justice. Mike is a frequent guest onSean Hannity show on Fox TV, and a commentator on national radio networks, he contributes weekly to the Texas Faith Column at Dallas Morning News and regularly atHuffington post, and several other periodicals across the world. The blogwww.TheGhousediary.com is updated daily.