It was a pleasure to participate and contribute a few ideas from a pluralistic perspective at this conference.

I made extensive notes of the discussions but sadly 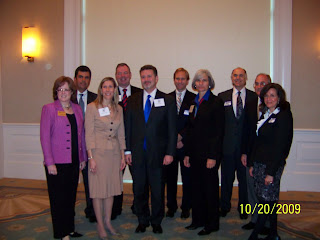 left the notes at the conference, if I find them, I will update it here.

The Texas Rule of Law Conference brought together leaders from a broad range of disciplines, including architecture, business, education, engineering, environment, human rights, labor, media, the military, health care, public safety, and religion. The group examined how and why the rule of law underpins the work all of us do and create the basis for working together in the future.

Texas Rule of Law Conference was organized by the Dallas Bar Association in cooperation with the World Justice Project of the American Bar Association. 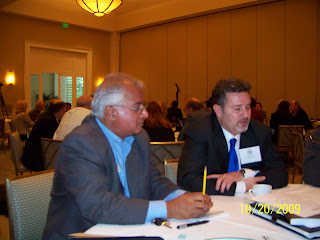 Chip Pitts was the key note speaker, a Lecturer in Law, Stanford Law School, Board President of the Bill of Rights Defense Committee, former Chairman of the Board of Amnesty International USA and former Chief Legal Counsel for Nokia, Inc.

Dean John Attanasio of SMU Dedman School of Law shared about the Rule of Law around the globe and how SMU is actively working with a host of nations in bringing the Judges and Lawyers from around the Middle East and exchanging the systems.

Amazingly the speakers and a few members in the audience brought up the Sharia Laws and mentioned the Justice aspect of it. I spoke about the misapplication of the laws that we hear most often. In Texas, several innocents have been sent to electric chair, a misapplication of our laws.

Dean Attanasio mentioned that the Rule of Law is fairly strong in the "Islamic" countries.

Rule of Law in four parts;

Darn, I wish I had my notes.

It was good to hear Tony Patterson, Partner with Fulbright & Jaworski Law firm, Dean Anttanasio and Dean Camp talk about Jeff, my son. I am proud of him and his intelligence, as they say, he is very articulate. Jeff will be working for Fulbright & Jaworski upon graduating from SMU in May 2010.