Ever since I knew Obama through his speech in 2006 at the Chicago Senate, I knew he would be my mentor in Pluralism. I have written over 65 pieces about him.

He and I have got similar attitudes towards conflict mitigation and social inclusion. Throughout this time I have asserted, including his state of the Union's in the last 5 years, that I could be his best speech writer. Like always, I have written things before he speaks - and the essence of both of our talk is similar if not identical.  I am glad Huffington Published my article on 1/15/15 and Obama's piece is published on 1/16/15.
Here are both:
Angela Merkel Can Prevent Another Charlie HebdoPosted: 01/15/2015 3:15 pm EST Updated: 01/15/2015 3:59 pm ESThttp://www.huffingtonpost.com/mike-ghouse/angela-merkel-can-prevent_b_6470140.html

In a divisive world where the leaders are sacrificing the long term safety of a nation for the short term political gains, and putting the nation on a destructive path of exclusion of those who differ, Merkel has done the right thing; choosing inclusion. 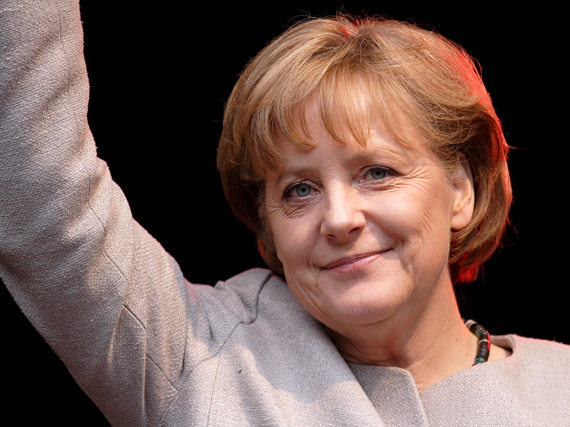 Reuter's reports that German Chancellor Angela Merkel said on Monday, 'Islam belongs to Germany," in a clear repudiation of anti-immigration protesters gathering in Dresden and other cities. Merkel said her government was doing everything it could to ensure migrants were being successfully integrated into German society regardless of their religion.
I salute Merkel for taking the wisdom road in building a cohesive Germany, where no German has to live in apprehension or fear of the other, and instead focus on prosperity, peace and security for every German. Not only is this good for Germany but will become a model for other nations to emulate. Indeed, "Islam belongs to Germany".
It is tempting to fall prey to the vociferous bunch who claps endlessly when a short-sighted leader talks about pushing "the other'" to the corner, and or forcing "them" in to obedience. They assume that the world is with them, but they fail to see an eternal battle of rights in the making.
Out of the chaotic conservatives, she emerges like the morning star, demonstrating what a genuine conservative patriotic leadership is all about; a nation builder.
Let me share recent parallels that shaped major events.
President Obama made a bold statement about accepting the same sex marriage - that one single courageous act changed the nation. The antagonists suddenly found themselves going along with it, and state by state the same sex marriage is becoming the law of the nation. We still got ways to go, but it was his singular stance that eliminated the apprehensions and fears of fellow Americans who are Gays, Lesbians Transgender and bisexual men and women.
For the first time in the history of mankind, a religious leader took the bold step of including Gays, Lesbians, Lesbians, Jews, Muslims, Hindus and Atheists as God's children. In one single stroke he fell many barriers between the people.
Every human wants to be included, and when that Jesus's embrace wraps every one, the nations will become stronger, secure and will function effectively.
What Merkel has done will pave the way for positive acceptance of Muslims in Germany. Removing tensions and letting people feel welcome and become contributors towards nation building.
Here is a lesson for Netanyahu, Modi, Sharif, and other leaders who fall prey to the claps and sacrifice the long term goodness of the nation for the short term pleasures of praises. May God guide everyone to see the goodness in inclusion, aka Pluralism! Pluralism is simply an attitude of learning to respect the otherness of others and accepting the God given uniqueness of each one of us, and when we do that conflicts fade and solutions emerge.
Mike Ghouse is committed to building cohesive societies and offers pluralistic solutions on issues of the day.
Follow Mike Ghouse on Twitter: www.twitter.com/MikeGhouse 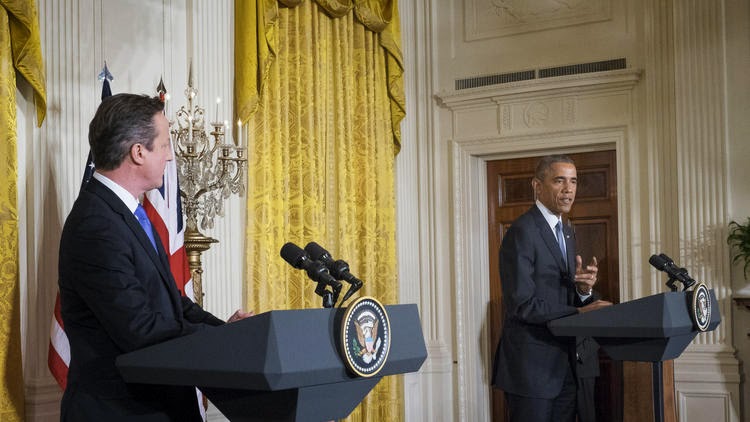 President Obama warned Europeans "not to simply respond with a hammer" in working against radicalization among its Muslim populations, and argued that the United States had an advantage on this front because American Muslims are better integrated into society.

“Our Muslim populations, they feel themselves to be Americans. There is, you know, this incredible process of immigration and assimilation that is part of our tradition that is probably our greatest strength,” Obama said Friday, as he stood next to British Prime Minister David Cameron at a news conference. “There are parts of Europe in which that's not the case, and that's probably the greatest danger that Europe faces.”

The comments were an unusually public bit of cultural analysis and counsel at a forum typically reserved for demonstrations of support and solidarity. In this case, Cameron politely disagreed with the American president's assessment of immigrant communities in the United Kingdom.
Obama went on to urge caution as European law enforcement authorities conduct broad counterterrorism sweeps in Belgium, France and Germany, a response to the recent terrorist attacks in France. The president suggested the crackdowns, along with economic disadvantages, would add to a sense of alienation among Muslim communities and feed their recruitment by jihadist groups.

“It's important for Europe not to simply respond with a hammer and law enforcement and military approaches to these problems, but there also has to be a recognition that the stronger the ties of a North African -- or a Frenchman of North African descent -- to French values, French republic, a sense of opportunity, that's going to be as important, if not more important, in, over time, solving this problem,” he said.

Cameron, who was at the White House for a brief visit, pushed back gently on the notion that the problem of radicalization could be blamed on immigration woes. The United Kingdom is "a multiracial, multi-ethnic society of huge opportunity," he said.
“You can have, tragically, people who have had all the advantages of integration, who've had all the economic opportunities that our countries can offer, who still get seduced by this poisonous, radical, death cult of a narrative," Cameron said.

For more news from the White House follow @khennessey on Twitter.
Posted by Mike Ghouse at 9:53 PM