I have written over 20 articles on Christmas, of the hundreds I have written about Christianity under the heading “Festivals of the World” published at Huffington Post, Dallas Morning News and other Newspapers around the world. Most of the links are provided below or you can Google the phrase “Mike Ghouse Christmas” 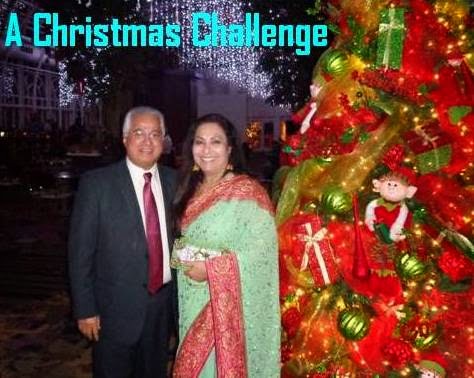 This time, I want to include quotes from my face book friends in my upcoming article on Christmas. If you can write what Christmas means to you in 30 words or less, I will include one or two best quotes from each major faith or secular practitioner – that is from a Jew, Muslim, Hindu, Baha’i, Sikh, Wicca, Native American, Pagan, Atheist, Jain, Buddhist and other. All the best quotes will be included at the Pluralism Blog though. You can write and rewrite several times until you get it perfect. It will be published in a major News paper including my blogs on Pluralism.

More than likely Pope Francis and I will be delivering a similar message on Christmas. I am in tune with him since he was appointed. He is a genuine religious leader of humanity who will be shaping the religious landscape of the world. Indeed he is my religious mentor. Mahatma Gandhi, my mentor had said, a true Christian is a true Muslim, is a true Jew, is a true Hindu, is a true Sikh or true whatever. Yes, he is a Christian and I am a Muslim and we follow the same path - that of caring for all of God's creation without  undermining or discriminating any, and embracing every one of humanity.

Pope Francis is a mirror of Jesus, Muhammad, Moses, Krishna, Buddha, Nanak, the great native shamans and all the other great men and women who did not have walls between them.  May God bless them all.

"Festivals of the World" is an educational series that I have been writing for the last 20 years. When we live in a community as neighbors and work together as colleagues, we might as well learn about each other. The best way to build cohesive societies is to participate in festivities as well as commemorations of each other, or at least understand each other's' joys and sorrows. A cohesive society, neighborhood or a community shapes up when no one lives in apprehension, discomfort or fear of the other.
Please note the simplicity in writing is designed for people of other faiths to learn and to know, so we can function cohesively.
You can write your comments here on facebook at Speaker Mike Ghouse
Let it be known that your quote will be read by thousands, as my articles are copied by multiple news papers and websites. Google the phrase “Mike Ghouse Christmas” and see all my articles.
Festivals of the World: the Essence of Christmas | Mike Ghouse
http://www.huffingtonpost.com/…/festivals-of-the-world-es_1…

Another 30 articles here - Standing up for Christians
http://standingupforothers.blogspot.com/…/standing-with-chr…