So fucking what if John Brenan is a Muslim

SO FUCKING WHAT IF JOHN BRENAN IS A MUSLIM? 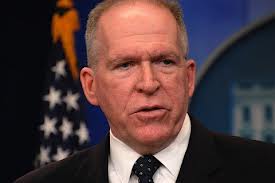 
As a Muslim, I was sick of the radicals among us who attempted to take over and represent Islam with their extremism label, and it took us nearly ten years to condemn them to retreat. We still have many years to subdue them, but we do have the balls to do it over a period of time for the sake of common good of humanity. This is the decade of moderation, and caring for the whole humanity.

As a Republican, I will do my share of the common good and urge fellow Republicans to do the same; we owe it to our nation to preserve a strong two party system through legitimate arguments and discussions. We need to speak out against filth, and shout out against the rhetoric like John Brenan is a Muslim, so what if he is? What the fuck is your problem?


Statistically these radicals are insignificant in numbers; they are not even a sample to call them a representation of the group. It would be dumb on our part to encourage them to believe that they express the sentiments of the people, they are not, and we need the polls.  Whether they are Muslims, Christians, Jews, Hindus, Republicans or Democrats or the other, they will continue to terrorize the majority of their respective group, if we let them.


Not a day goes without some dumb-ass fellow Republican making an ass of himself and sadly herself as well. I was going to write a journal on the stupidities of my party members… then gave up; it will take up all day long. I do hope more and more Americans will see the ugliness.


It is time for Chris Christie, John Huntsman, Colin Powell and their likes to jump in. I do expect President Obama and Speaker Boehner to speak out against this, wouldn't you?

First they came for Muslims, and I did not speak up,
because I was not one of "them";

Then  they came for Jews, and I did not speak up,
because I was not one of "them".

They exhausted Mexicans, African Americans and Catholics,
and I did not care, because I was a protestant.

Finally they ambushed me, and shamelessly I am cursing at the others
for not giving a shit about me.

I have rarely used an expletive, that is not me, but I could not express my frustration without these words, I cannot see my America shattered by the few ugly ones.

.... Mike Ghouse is a speaker, thinker and a writer on pluralism, politics, peace, Islam, Israel, India, interfaith, and cohesion at work place. He is committed to building a Cohesive America and offers pluralistic solutions on issues of the day at www.TheGhousediary.com. He believes in Standing up for others and has done that throughout his life as an activist. Mike has a presence on national and local TV, Radio and Print Media. He is a frequent guest on Sean Hannity show on Fox TV, and a commentator on national radio networks, he contributes weekly to the Texas Faith Column at Dallas Morning News; fortnightly at Huffington post; and several other periodicals across the world. His personal site www.MikeGhouse.net indexes all his work through many links.

Email ThisBlogThis!Share to TwitterShare to FacebookShare to Pinterest
Labels: Christ Christie, Colin Powell, John Brenan, Mike Ghouse, Moderate Republicans, republicans in cess pool, so what if Brenan is a Muslim