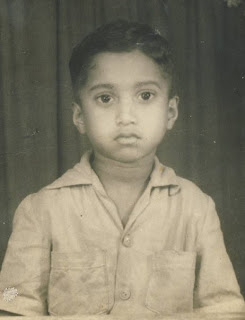 I was looking at the number of people listed as born on January 1 on the Facebook, they are too many, the longest list I have seen. For many, it is really not their birthday; they were born on another day.

They are usually from India, Pakistan and Bangladesh and in their fifties. A whole lot of them are from suburban areas of their country. I did run into a few from other nations who were born twice like me.

Most of us were born at homes and in small towns where no effective birth registration process was in place during the first decade of independence of the countries of the subcontinent. When they took us to schools for registration, they did not even have a birth certificate, so the parents said “put it January 1" and that's how we got it.

With the need to have accurate census, and the five year plans that India embarked upon, things changed. Even that was not accurate until the babies were birthing in hospitals. My Dad was also the hereditary chief of a town, they called him the Patel of Sitarampur, a tiny village about 70 miles from Bangalore and until I left the country in 1977, he was still visiting Sitarampur and getting his assistant to report births and deaths to the then burgeoning census bureau till his death in 1977. No one in the family wanted to continue in that role, so it went to his cousin my uncle.

I am a year older than I am. This is funny language isn't it? It's been funny from the title itself.

I was born on January 26, 1953 and my Dad took me to school to register, he was the Mayor of the town of Yelahanka, the town which gave birth to Bangalore (although my friend Dr. 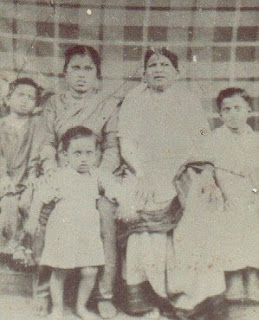 Shariff argues that it was the town of Magadi) then, and I was four years old. He had already taught me how to read and write in four languages; Urdu, Hindi, Kannada and English.

The schools then followed one rule - the kids have to be 5 years old. Heck, in one minute, I became a five year old boy and my birthday registered was January 1, 1952. That is what has stuck with me and many more that are in my age group. It is listed on all my records, including my passport. But I celebrate it on 26th. In fact, except my Drivers license and passport and official records, I have listed my birthday on 26th, including here on the face book. My friend Abusaleh Shariff tagged here on facebook had only one birthday - May 5, 1953, he was also from a small town but his Dad was the Head Master of the school in Magadi.

There are many of us here in the US and back home in India who get birthday wishes on one day, but celebrate on the other. If you can relate with it, let us know.

Pictures: when I was six L-R: My sister, Mom, Grandma, me and my brother infront Victoria Hospital, where I was born 10 lb, 2 ounces - my mother kept saying that they gave her some kind of silver medal for delivering a big one.
~~~
Posted by Mike Ghouse at 9:19 AM