This is one of the simplest, shortest but powerful video, and I hope you feel the emotions of happiness that come with a good ending of an epic or a movie.

I must admit, I cried with joy!


A while back I saw another video where a Pakistani fighter pilot had shot a passenger plane that strayed into the war zone, he was not sure, but it was a split second decision and he regretted finding out later that it was a passenger plane. He was laden with guilt for a long time and wanted to apologize to the family, which included the Chief Minister of Gujarat then.  It finally happened after two decades - it was like purifying oneself from the guilt and releasing the other. That is human, and purely human sentiment.   There were a few more I have seen, but regret not saving them.

My first boss was Mr. Sunder Lal was from Lahore - and he was dreaming to go to Lahore and meet his "langoti yaar" like the man in this video.  He would ask me to bring certain sweets from Karachi Sweet Meat Stall in Bangalore and eat with me and share his stories.... his sister was raped and killed in the mayhem, but he did not blame anyone but the politicians. 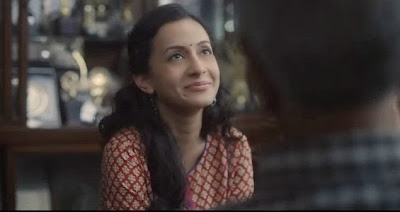 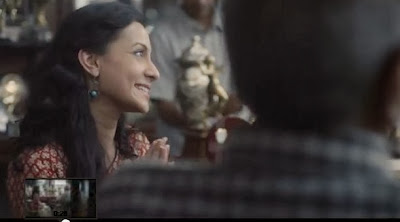 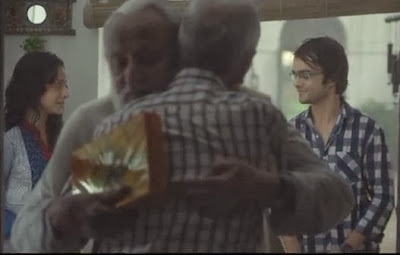 Zia Khan’s family, our famous photographer in Dallas left everything in UP and moved to Peshawar - Dr. Akbar Ahmed experienced similar things and has written a beautiful poetry book on the topic called "Suspended Somewhere Between," and it was a joy for me to write the book review.   Shri. Davendra Maini Saheb was a young boy in Lahore, and one of his family friends gave his family a ride to the train to Delhi, all of them are beautiful nostalgic events.

Sunder Lal was right; you and I suffer because of these SOB politicians. These rats should be punished from making hate speeches, or any speech that puts down other Indians in our case, and Pakistanis in their case. We have to do our share and knock out every damned politicians who spills hatred for fellow Indians, Pakistanis or any one.

Partition was a very unfortunate event - the Sikhs, Hindus and Muslims who were hurt and lost their relatives hold bitter memories and some of them have shamelessly poisoned their kids and their grand kids.  Parents should pass on the good and not the bad, but unlike the US, India and Pakistan did not set up rehab camps for the refugees to help them ease out of anger and the subsequent ill-will. I hope at least our generation stops at this,  and chooses not to poison the next generation.

A few Indians and Pakistanis of our generation (born around independence) are soaked in hatred for the other, what a shame! Every opportunity they get the express and propagate their hatred. They go to Hajj and Ganga, magar dil phir bhi ganday ka ganda. What good are the meditative retreats and Hajjs if your heart is not purified?

We don’t feed our children the food that will give them ailments, but then why do we feed them thoughts that burdens them for life and hatred for the other. In Dallas we have our own share of Indians and Pakistanis who need some psychotherapy to get them out of their hatred.
I wish we can share more of these, let the kindness and goodness overwhelm us and wash away our ill-wills.  If I am loaded with malice, then I cannot ask you to unload yours.  Even if our parents have done it, we are responsible to clean our own heinie as we grow up.

If you liked the above video – and felt good about it, it is a mark of goodness that we are created to be good beings. If this does not prompt goodwill, we have a problem and not the others.

This is posted at the yahoogroups and at www.TheGhouseDiary.com and http://mikeghouseforindia.blogspot.com/

Mike Ghouse is a speaker and an author committed to building cohesive societies where no one has to live in fear of the other.